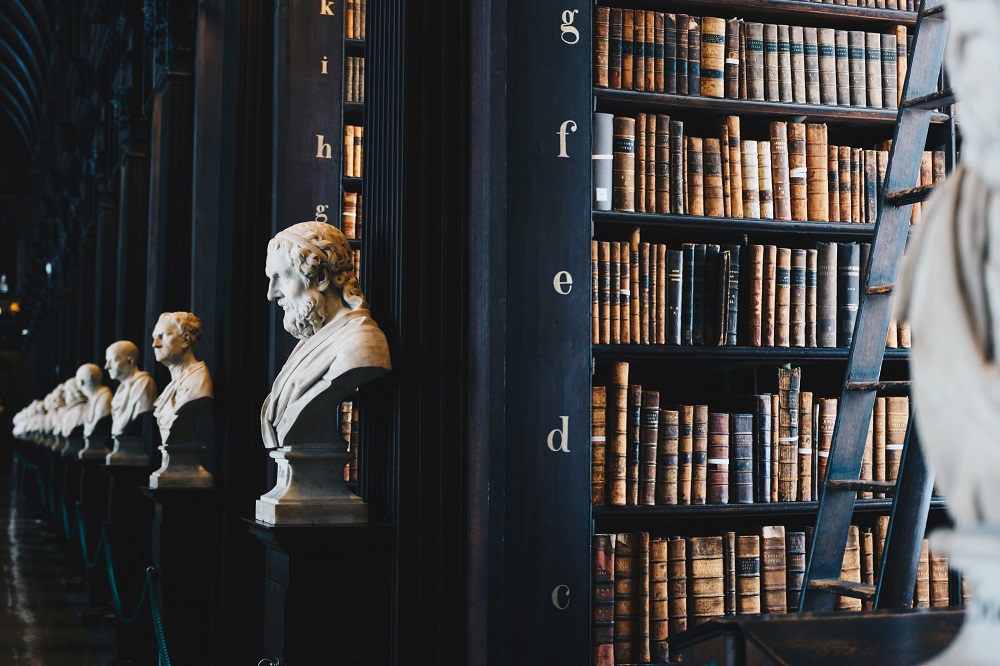 There is no culture as rich and ancient as the Indian Culture. It is not a claim of any individual but all the findings of ancient archaeological artifacts convincingly point to this fact.

Ellora Caves in India, standing to date for 1500 years are made with 10% hemp that is what gives it such a long life. Even studies conducted in Europe have shown that structures built using hemp can last for more than 800 years. 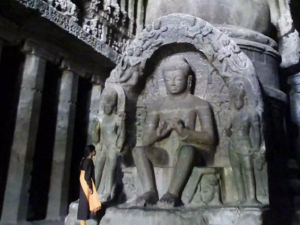 According to Atharva Veda, a 5,000 year old text belonging to the mysterious Indian lore, cannabis is considered as a wonder herb with such wide application that it is considered as the ‘Plant of the Gods’.

To date, it is common culture in India to drink Cannabis Flowers mixed in yogurt and milk, especially on Holi the special festival of colours. 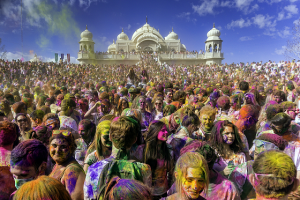 When West meets the East

One man who travelled from the west saw the massive opportunity in this forgotten herb, especially for its medical uses.

Sir William Brooke O’Shaughnessy is the forgotten person in the history of cannabis. Before cannabis was outlawed, it was commonly used by the masses and it was Sir William who introduced Cannabis for medical applications to Europe.

He learnt about its uses in Bengal when he was stationed in Bengal, India in 1833 where he saw first hand its applications in the ancient medical science of Ayurveda.

From India, Sir William travelled to Afghanistan and Nepal and learnt more from their diverse cultures, his wonder and curiosity grew even further!

The year when Cannabis came into the spotlight in the western world was 1839, Sir William gave a talk based on his paper in the Medical and Physical Society of Calcutta. The 40-page document was a marvelous account of the application of Cannabis in accordance with the standards of modern pharmaceutical research. It thoroughly captured the wisdom of Ayurvedic and Persian traditional systems of medicines by reviewing the exact applications of Cannabis as propounded by these ancient cultures.

He did clinical trials of different preparations, mostly extracts and tinctures, on different animals to ensure the safety of these applications.

Once assuring himself of no inherent risks in the use of Cannabis using the right formulations, he experimented on some of his patients. A famous story is about a 40-day-old baby with convulsions, who leaped from a near death like situation, to “the enjoyment of robust health” in a few days of therapy. 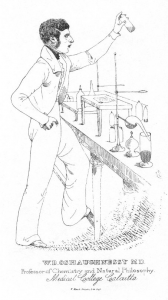 Dr. W. B. O’Shaughnessy
(courtesy of the National Library of Medicine]
He was such a prolific inventor and medical researcher. Adding to his accolades beyond his work on cannabis therapy, he founded the modern treatment of cholera and established the first telegraph system in Asia.

TIMELINE OF THE JOURNEY OF CANNABIS

Below, I share with you a timeline of how far we have come with Cannabis

1860 – ‘Ganjah Wallah Hashish Candy Company’ produced the most famous candy in the US. Made with Maple Sugar and Cannabis Derivatives, it was sold as a ‘harmless’ candy for over 40 years

1883 – Hashish smoking parlours opened in every major city in the US. New York alone had more than 500 such parlours. 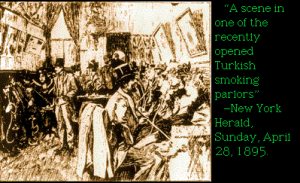 1937 (February) – “New Billion Dollar Crop” was the headline of Popular Mechanics and called hemp “the standard fibre of the world” They claim that hemp can “produce more than 25,000 products, ranging from dynamite to Cellophane.”

1937 – US Congress passes the Marijuana Tax Act which criminalises Cannabis.

1941 – Medical Applications of Cannabis are officially removed from the US Pharmacopoeia and it is not recognised for it’s medicinal uses.

1942 – 400,000 pounds of hemp seed is provided to US farmers by the government, overriding it’s own decision to ban hemp, so that farmers can grow hemp fibres, hemp made uniforms are much tougher and resilient than cotton. It was promoted so extensively that farmers who agreed to grow hemp were exempt from military service despite America being at war.

1942 – Office of Strategic Services (OSS), which was the predecessor to the CIA, used marijuana as a ‘Truth Drug (TD)’ to interrogate stubborn subjects.

1972 – USDA discovered that hemp seed contains the lowest amount of saturated fats, as compared to other vegetable oils. More studies found that hempcake (made from the remains of seeds after pressing them for oil) was traditionally used as animal feed. Thus, hemp is the official recommendation for a nutritionally balanced feed for pets and farm animals.

1975 – Researchers at Medical College of Virginia find that Cannabis works to reduce the size of tumors, both benign and cancerous.

1985 – Dronabinol, a synthetic THC is approved by the FDA, as a treatment for cancer patients despite having side effects. Although THC in natural form in cannabis was available, free from side effects, it remained outlawed.

1992 – AIDS patients request for marijuanato be used as a medical aid. The US almost legalised THC but due to mysterious reasons, the inferior dronabinol is approved to manage AIDS-wasting syndrome.

1996 – Medical Marijuana is re-legalised for use by patients suffering from AIDS, Cancer and other serious illnesses in California. Other states follow suit, including Arizona, Alaska, Colorado and many more.

1997 – The American Office of National Drug Control Policy commissioned the Institute of Medicine (IOM) and conducted a detailed study of applications of Cannabis Therapy. IOM concluded that it is a safe and useful therapy that every medical complication can consider to use, safely and effectively.

2003 – First country in the world that acknowledges the wonder of Cannabis and legalises its use.

Cannabis has truly come a long way. The world has finally come to realise what our ancestors so clearly understood.

Although there is a challenge.

It is questionable whether mixing it with tobacco and consuming it in a smokable form is the best way to administer the wonder herb.

If we take a peak at history, consuming it in an edible form seems to be a much more holistic approach to the subject.

CBD OIL AND ITS STORY

That’s where CBD oil comes in. Let’s study the recent past on how CBD Oil created a revolution in making Cannabis a safe option for children and adults, sick and the healthy, with NO PSYCHOTROPIC EFFECTS!

1940 – Roger Adams, a Chemist from Harvard University, was the first person to be successful at extracting CBD from the Cannabis Sativa Plant. He didn’t realise what a contribution he had made which would usher the green era of CBD Oil.

1946 – Dr. Raphael Mechoulam recognises the 3D structure of CBD. He is now known as the scientist who actually discovered CBD.

1960 – Research done on primates is successful and British Pharmacologists release the first CBD Oil for therapeutic use.

1980 – Dr. Mechoulam, in his pivotal study, showed cannabidiol as a key treatment for epilepsy. 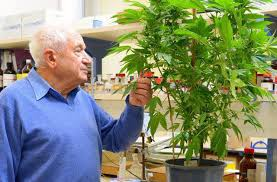 Dr. Mechoulam aka The Sober Activist

There are many facts about the history of cannabis that cannot be covered in one article. Watch out for more content on how people in the past revered this life giving wonder herb.

If you know a fun fact about the history of Hemp or CBD Oil, do share with us in the comments!

We use cookies on our website to give you the most relevant experience by remembering your preferences and repeat visits. By clicking “Accept All”, you consent to the use of ALL the cookies. However, you may visit "Cookie Settings" to provide a controlled consent.
Cookie SettingsAccept All

This website uses cookies to improve your experience while you navigate through the website. Out of these, the cookies that are categorized as necessary are stored on your browser as they are essential for the working of basic functionalities of the website. We also use third-party cookies that help us analyze and understand how you use this website. These cookies will be stored in your browser only with your consent. You also have the option to opt-out of these cookies. But opting out of some of these cookies may affect your browsing experience.
Necessary Always Enabled
Necessary cookies are absolutely essential for the website to function properly. These cookies ensure basic functionalities and security features of the website, anonymously.
Functional
Functional cookies help to perform certain functionalities like sharing the content of the website on social media platforms, collect feedbacks, and other third-party features.
Performance
Performance cookies are used to understand and analyze the key performance indexes of the website which helps in delivering a better user experience for the visitors.
Analytics
Analytical cookies are used to understand how visitors interact with the website. These cookies help provide information on metrics the number of visitors, bounce rate, traffic source, etc.
Advertisement
Advertisement cookies are used to provide visitors with relevant ads and marketing campaigns. These cookies track visitors across websites and collect information to provide customized ads.
Others
Other uncategorized cookies are those that are being analyzed and have not been classified into a category as yet.
SAVE & ACCEPT
0
0
Your Cart
Your cart is empty
Continue Shopping